Ok, so maybe Mike Forkert isn’t really a machine – but he DOES design an absolutely mean machine.  You can read about it in this story in American Machinist.

The article describes how Glaze Tool uses Autodesk Inventor to create special machines that save their clients a lot of money – by being more productive and by costing less for design time.  Mike is quoted throughout the article explaining how Glaze does that.

Keep up the good work, Mike the Machine!

The next maker meet-up is this Thursday Aug 26th.
7:00 PM at my house. 4224 River Bluff Dr.
We’ll have the mighty Egg-Bot to play with.
Pictures from Maker Faire Detroit.
Preparations for Taste of the Arts on Saturday.
Anything people bring to show.
Pie ( or something sweet) to eat.
All are welcome!

Wow, what a great August meeting.  Lots of people, some new faces, and best of all SIX invention demos!  Yes, SIX!  Very cool! 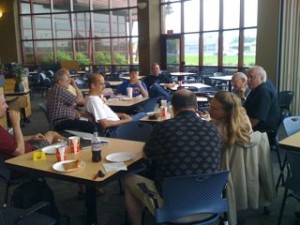 Part of the August crowd 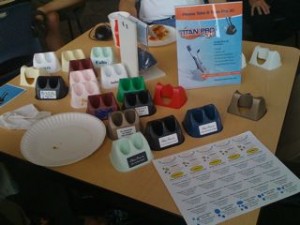 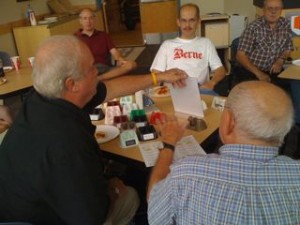 Second, newcomer to the Fort Wayne Inventors Club, Mike Count, showed off his Wefit zipper bags for art students, handcrafted bean bags for daycares and nursery schools, and Snag Stopper – a unique product for fishermen.  You fold a velcro’ed cloth over fishing lures to keep them from snagging your clothes. 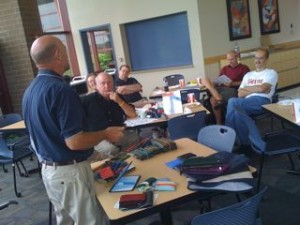 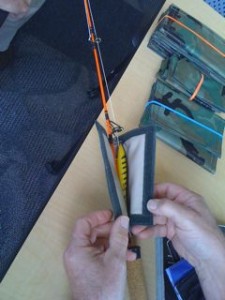 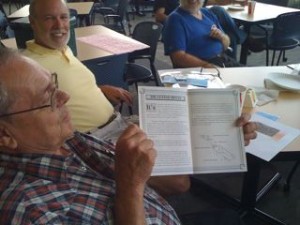 Doug Isbell and his Gutter Shovel 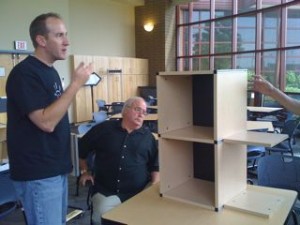 Fifth, our group founder Dave Gross has accomplished a significant milestone.  The reduced form factor version of his collision control electronics is done.  Way to go Dave (and thanks to Jan and Steve Z for a great job)! 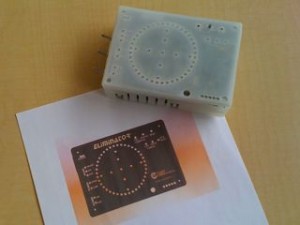 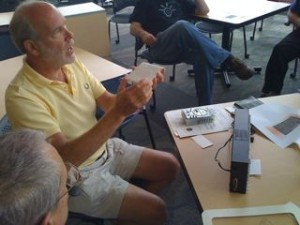 The large form factor is on the table – what an improvement!

Sixth, to top it all off, artist and maker James Merz showed us his photos from the recent Maker Faire in Detroit, including some photos of his own kinetic sculpture that was on display (look closely at the Mac screen).  Jim hosts a regular meeting of Fort Wayne makers – for details, see his website. 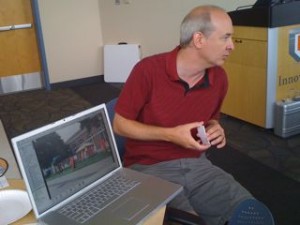 Interesting article from Popular Mechanics that outlines the steps from idea to commercialization.

The article illustrates their steps with the experiences of the inventors of the Super Soaker and the Leatherman pocket tool. 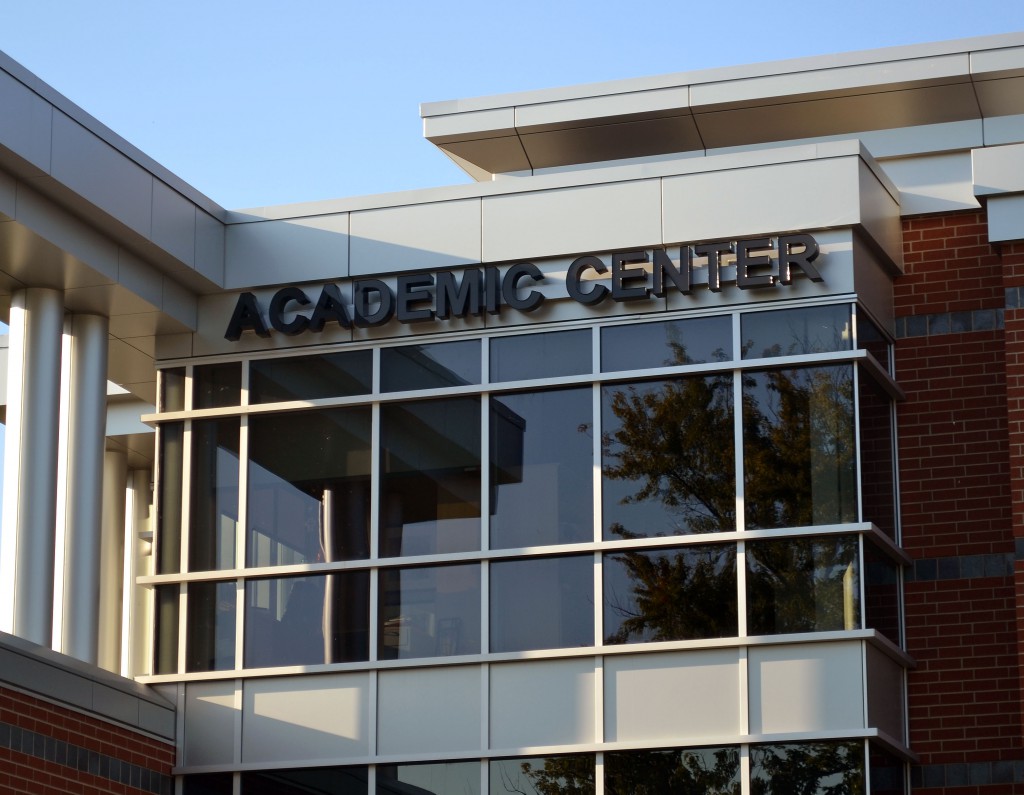